Open access and open source in the context of scholarly publishing

Scholarly publishing in the English-speaking world has been in turmoil since the reduction in higher education funding in the 1970s affected university presses and libraries. Scholarly publishing is not about money, at least not directly, but about personal reputation, research dissemination, impact and the advancement of knowledge. Open publishing accounts for a relatively small proportion of scholarly publishing, though its impact is growing and affecting the commercial publishing models. Agata Mrva-Montoya

The landscape of scholarly publishing, like the world of software development, is driven by two opposing economic and philosophical approaches: commercial and closed versus free and open. These two approaches are part of a wider debate about the future of scholarly publishing and the ownership of research output. Should it remain in the hands of commercial publishers, as the supporters of the recently proposed Research Works Act in the US would like to see? Or should it be in the hands of open access advocates like OAPEN (Open Access Publishing in European Networks).

Open access publishing was made possible by technological development and the ability of the internet to help with the low-cost and wide dissemination of knowledge, but it’s market forces that drive the policy changes and the growth of open access movement.

Scholarly publishing in the English-speaking world has been in turmoil since the reduction in higher education funding in the 1970s affected university presses and libraries. The cuts in library budgets, combined with the significant price increases of journal subscriptions, started a decline in the purchasing of scholarly monographs, particularly in the humanities and social sciences, that continues to the present. For researchers, this has resulted in fewer opportunities for publication and diminished access to new research. Even published works suffer from reduced exposure as price and permission barriers limit access.

This is problematic given access and wide dissemination is what scholarly publishing is about. Academic authors rarely get royalties for books or articles published for their peers. Scholarly publishing is not about money, at least not directly, but about personal reputation, research dissemination, impact and the advancement of knowledge. Researchers want the results of their research activity to appear promptly, in a digital format and with a creative commons licence so that they can share them with colleagues and students without infringing the copyright law. As the recent protest against Elsevier shows, they are no longer happy with the exploitation, restricted access and exorbitant prices charged by corporate publishers.

Many researchers, librarians and governments believe that if the research has been funded by public money and carried out at a government-funded university, the results should be made available to the general public for free. In fact, many of research grant organisations make it compulsory within a specific timeframe, for example the Scientific Council of the European Research Council (ERC), the US National Institutes of Health, the Australian Research Council (ARC) and the National Health and Medical Research Council (NHMRC).

Numerous universities have adopted a similar policy (such as MIT, Harvard, University College London) and most tertiary institutions in the Western world now have institutional repositories which provide access to the research outputs of the institution’s researchers. The level of access can be controlled depending on the character and aim of the collection. The institutional repositories typically use open source software such as DSpace, eprint.org or Fedora and rely on authors’ self-archiving of the final version of the manuscript, after peer-review, but without the publisher’s final edit and layout.

OJS is the platform used at the University of Sydney. Originally developed as part of a research program of the Public Knowledge Project (PKP) at the University at British Columbia and launched in 2002, OJS takes advantage of the technical infrastructure, server capacity and expertise already present in university libraries. It can be installed on a web server with a Linux, Windows, or Unix operating system, running Apache, PHP and the MySQL or PostgreSQL database. In December 2011, there were over 11,500 instances of OJS around the world.

OJS is designed to cover all aspects of online journal publishing, from setting up the journal’s website, handling author submissions, peer review, editing, issue management, archiving, indexing and search functionality. In fact, it is an online editorial office helping the journal editors to save time and energy spend on administration, improve record keeping and efficiency of workflow processes. The indexing in OJS adheres to the Open Archives Initiative Harvesting Protocol helping to integrate the journals with various databases, repositories and other web-based applications.

As with other open source software, OJS has benefits and drawbacks. It is free to download and has relatively low implementation and support costs, and with increasing budgetary constraints remains an attractive proposition. Users have the ability to modify and customise, reducing the vendor lock-in and ensuring interoperability with other softwares. The minuses of using OJS are no different to commercially developed solutions – there are bugs, missing functionality and operational problems – but these are often solved by a community of users without the need to wait for updates. In a similar way, the formal lack of support and learning is mitigated by the presence of mailing lists and discussion forums. 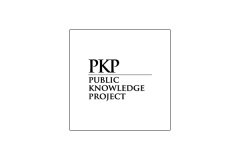 While OJS is great for streamlining the administrative side of journal publishing, the core publishing activities such as copy-editing, design and layout involve the use of proprietary software (such as Microsoft Word, Adobe InDesign and Adobe Professional) at this stage, although Open Office and LaTeX are also options. With the forthcoming release of Open Monograph Press (OMP), also a brain-child of PKP, the open publishing movement will acquire a new tool to simplify the production of monographs.

The future: open or closed

Open publishing accounts for a relatively small proportion of scholarly publishing (in 2006 close to 20% of peer-reviewed journal articles were published in open access mode), though its impact is growing and affecting the commercial publishing models. Some commercial journal publishers have made their archives freely available online and have embargoes in place for the new publications. Others collect author fees in order to make the articles available in open access straight away.

While the excessive journal subscription prices that some commercial publishers charge have negative impact on scholarly communication and are not sustainable, there is space for both commercial and not-for-profit publishing models to co-exist.

The commercial publishers with their economies of scale, professional processes, highly developed distribution and marketing channels are interested in and poised well to publish books that can sell and bring a return on investment. Specialist monographs with limited market potential that nevertheless make a valuable contribution to knowledge are likely to remain the domain of not-for-profit publishers that can publish and distribute books at cost, whether using open access or print-on-demand.

The not-for-profit scholarly publishers are likely to employ open source software and open standards as a matter a practical necessity and rational thinking, capitalising on lower publication costs, greater accessibility and better prospects for long-term preservation. Using commercially available publishing management tools is neither financially viable not necessary, with much of the functionality being excessive to the needs of usually small operations. Besides, open source software and open standards are a natural match for scholarly communication with their culture of sharing and collaboration, and dedication to the advancement of knowledge and the greater good.

Agata Mrva-Montoya has worked at Sydney University Press since 2008 in a role combining editing, project management and social media. She is interested in the impact of new technologies on scholarly publishing, editing and books in general. In pre-publishing life, she completed a PhD in archaeology. You can follow her on Twitter at @agatamontoya or read her blog.

The Czech version of this article was published in the fifth issue of the Open source & praxe magazine. 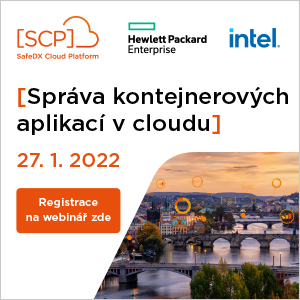